Messenger from God: A Story of Redemption

A tightly written novel about a modern-day Messiah. —Kirkus Reviews 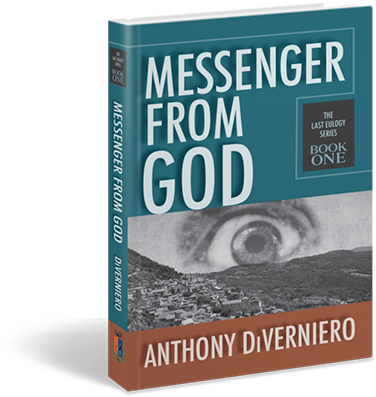 DiVerniero’s debut, a story of redemption, features sensitive, introspective Paolo DeLaurentis. He has had clairvoyant dreams and visions since he was a small child. His strange talents seem to come and go, and the rest of his working-class Italian family doesn’t need such powers to predict a gloomy future for humanity.

“[T]he people of our country are headed on a path of destruction,” his father warns. “Drugs, money, no morals—evil is lurking.”

When that future arrives, it finds wealthy, charismatic 39-year-old Paolo a phenomenally successful businessman, president and founder of Ottati Consulting Ltd. It also finds him being carefully watched by Dr. Payne, who was among the first to examine Paolo’s extrasensory powers when he was a child, and who has monitored his development ever since. Paolo is a beneficent businessman, and he’s a source of support and comfort to his friends and family, but when he loses his best friend as well as the love of his life, he gradually comes to understand that he has a higher calling; he sees a dark future approaching humanity, and he wants to help the world avoid it.

“I love you,” he tells one of the many large audiences for speeches he regularly gives, “and ask that The love you have inside of you be released from the prison of evil and given to your fellow man.”

Payne, on the other hand, wants to use Paolo’s powers for personal gain and world domination (although, in one of the book’s more amusing threads, Paolo is never fooled by Payne, offhandedly calling him a “scumbag” to anybody who’ll listen). DiVerniero skillfully handles the plot, increasing the pace of events.

Paolo, though unfailingly perfect, is never boring, and the numerous characters are portrayed with individuality and humor. In particular, the reverence and affection Paolo’s family and friends feel for him is effectively evoked. The climax is smartly bittersweet and sends a powerful message about redemption.

This book is followed by book two of the series, The Third Trumpet.